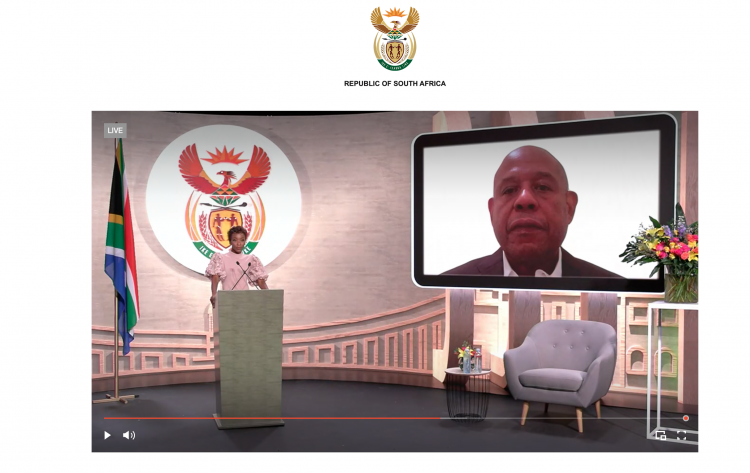 February 5, 2021 – Yesterday, on February 4, WPDI Founder & CEO Forest Whitaker was invited by President Cyril Ramaphosa of South Africa to participate in the launch of a ground-breaking initiative to combat Gender-Based Violence and Feminicide. In a country where up to 28% of women report that they have been sexually assaulted and where up to 35% of men report to having raped a woman, the President decided to step up the efforts of the country by creating a private sector-led, multi-sectoral Gender-Based Violence and Femicide (GBVF) Response Fund aimed at supporting implementation of the National Strategic Plan (NSP) and the wider GBVF response in the country. In his opening address, Mr. Ramaphosa stressed that “Gender-Based Violence and feminicide impacts us all and require collective action.”

The issue of Gender-Based Biolence is indeed universal and very close both to our CEO’s heart and our mandate. Ensuring the rights of women is integral to our action towards inclusion and empowerment for youths – and young women – in places affected by conflict and violence. Since 2017, we have been active in Cape Town, deploying a program to nurture a new generation of youth leaders in the city’s Cape Flats area. Last summer, with our partners BNP Paribas and their subsidiary, the RCS Group, we conducted a survey on violence and insecurity in Cape Town to adapt our program in the Flats to local realities. In his video message, Mr. Whitaker conveyed the conclusions of this study: “The reality is clear: women are much more exposed and sensitive to violence than men. Gender-Based Violence is clearly both a source and a symptom of the inequalities we find among women and men. These inequalities before violence affect everyone.”

It is a fact that Gender-Based Violence undermines economic development both for today and tomorrow. The situation is all the more of a concern in the present because the crisis induced by COVID-19 has aggravated the number Gender-Based Violence incidents. As one of their first intervention on the ground, WPDI young leaders have been mobilized by local authorities and NGOs precisely to raise awareness of communities in the Flats on the urgency of the issue. Mr. Whitaker concluded his address on this ominous example, noting that “Our youths invited women in particular to share their experiences. Highlighting women’s voices is vital to make change happen. We have seen it in the US with the #MeToo movement. But it is not just the voices of women that matter. We have also included the men in the conversation. Too often, the epidemic of gender-based violence spreads because of the silence that surrounds it. Too often, it spreads because too many men are left out of the discussion. Men must be included in this conversation. Our meeting today testifies that things are moving in the right direction.”

In this light, the presidential initiative to strengthen the promotion of women’s rights and freedom in the midst of the COVID-19 crisis sends a very positive message. WPDI will contribute to its implementation through its program and with the help of the dedicate cadre of young leaders we have gathered around us