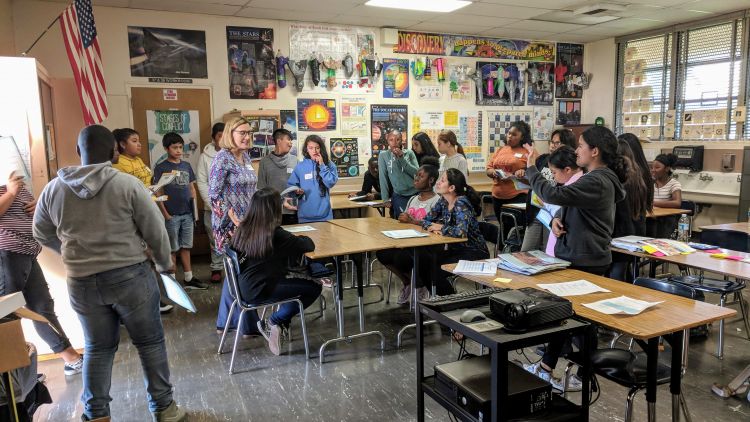 October 30, 2019 – Our programs are built on the idea that peace education in schools can significantly improve relations among students, teachers and staff, with a positive impact on learning outcomes. This is why we go into schools and train teachers and student around our vision that conflict resolution education (CRE) is beneficial. To this effect, we regularly submit to independent evaluations. Recently, Dr. Edward Curammeng of California State University Dominguez Hills (CSUDH) completed a new monitoring and evaluations report on the Whitaker Peace & Development Initiative’s (WPDI) Domestic Harmonizer Program, specifically covering its three-year pilot phase at Carnegie Middle School in Carson, California. Dr. Curammeng – the program’s independent evaluator – focused his study on changes at the school’s campus as a result of WPDI’s programs, and after conducting extensive interviews and analyzing anonymous surveys, he found the program to have had a number of positive results. 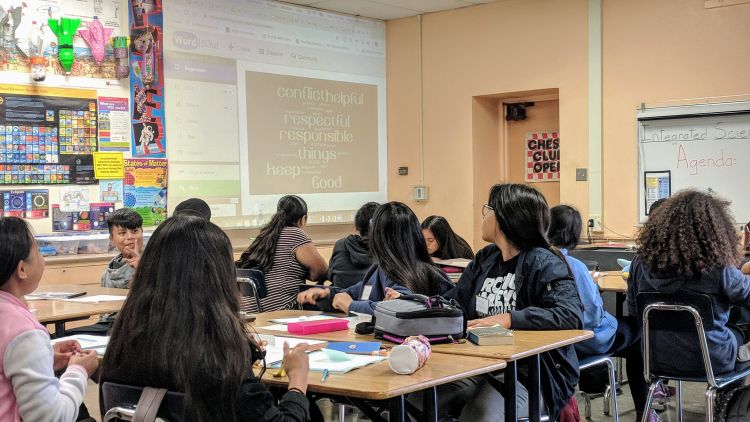 Carnegie Middle School was originally chosen by WPDI to host the Domestic Harmonizer Program’s pilot because the educators were looking for a creative, thorough program that would encourage more cooperation on campus while minimizing constraints on the core curriculum. This is exactly what the DHP seeks to achieve. As Dr. Curammeng reports in his study, the Domestic Harmonizer Program is “unique to the field because it is the only program that integrates CRE with core subjects of math, science, English, and social studies.” Additionally, the program gradually integrated a peer mediation component wherein select students were trained to become mediators to resolve conflicts among other students.

The report is based on various evaluation methods, including focus groups with small groups of students and teachers, and anonymous student surveys collected and beginning and end of each school year. Focus group surveys on the curricula implementation showed that students enjoyed engaging with the program’s content and learned how to collaborate in ways they had not envisaged before. As one 6th grade student told, “we all cooperated, and it was a good success.” The report also mentions that students “worked with many people that haven’t worked together and do some fun stuff.” 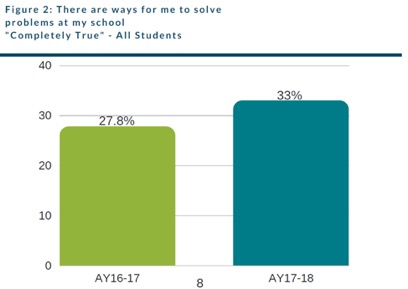 More importantly, the report finds that significant changes in how they approached and interacted with conflict. An 8th grade student mediator in his study noted that “people stopped arguing, and [started] getting along and working together more.” Teachers reported the same, with one mentioning “immediately following lessons, I noticed students changing the way they spoke to one another.” Another teacher stated how she conducted a restorative justice circle modeled in the Domestic Harmonizer Program’s curricula after a fight. The circle “helped students to be much more empathetic, kids were nice to each other, and [they were] crying and had a moment of peace.”

The focus group and qualitative data collected by Dr. Curammeng suggests that CRE tools and practices from the Domestic Harmonizer Program are “being utilized by some of the teachers at Carnegie and indicate changes in the behavior of students, affecting their overall sense of belonging.” Having teachers on board was one of the most important element as we ran this pilot program. We sincerely want to thank and commend the teachers and staff of Carnegie on their commitment. Our program clearly added some time constraints on them as life in the school went by, including principal and teachers turnover, a district-wide teacher strike and, expectedly, a bit of “fidelity fatigue”. Despite these challenges, the Domestic Harmonizer Program made a positive mark on the school environment. As stated in the report “the learning and educational experience occurring at Carnegie becomes much more necessary as a model for preparing young people to become civically engaged members of our world.”