“Our communities will never be the same again”: WPDI Trains 127 Community Leaders in Conflict Resolution in South Sudan

October 31, 2022 – This summer, in the framework of expanding our global Peace Education program, WPDI conducted a series of Community Leaders training sessions in the South Sudanese States of Eastern Equatoria, Central Equatoria and Western Equatoria.

The 5-day training sessions, conducted by WPDI-trained Youth Peacemakers, aimed to equip key leaders in the local communities with skills and knowledge in peacebuilding, conflict resolution and mediation. Subjects such as handling and managing conflicts, leadership, communication, peace, human rights, diversity and development – which are crucial in order for them to be able to sustain and promote peace in their communities – were also tackled during the sessions. The program also aimed to strengthen the capacity of local peace actors and provide a platform for community leaders to identify best practices in detecting, preventing, mitigating and managing communal conflict. 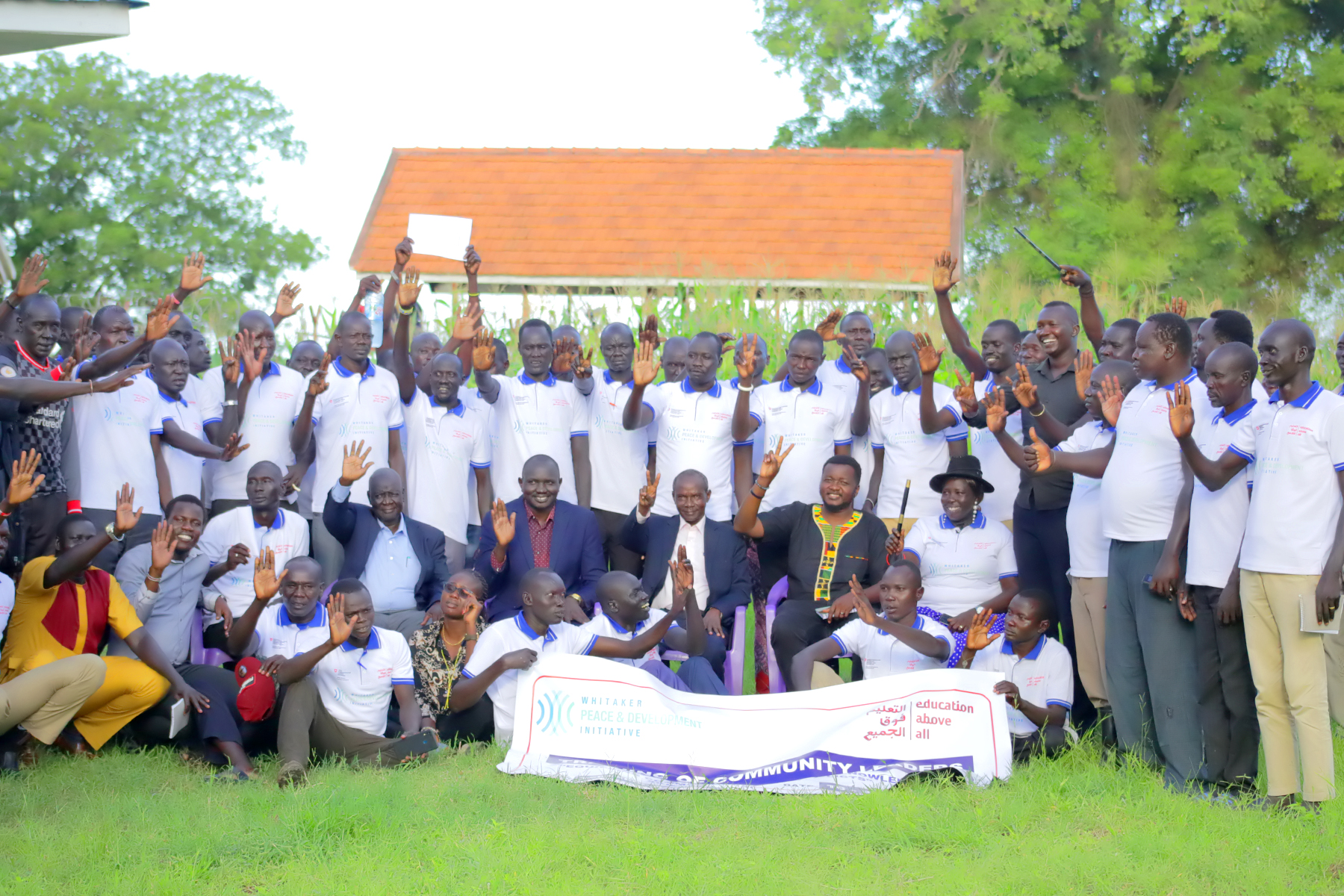 In Eastern Equatoria State, WPDI conducted the 5-day intensive training workshop for 26 Community Leaders in Budi County. The training was held from 15th to 19th August at the WPDI Community Learning Center as part of a capacity building initiative for local leaders at the grassroots levels in the state. The workshop brought participants from as far as Homiri Payam in Budi County. The participants included Boma Chiefs, Headmen, Police and Prison officers.

The paramount chief of Budi County, Mr. Joseph Lohide during his closing remarks, said “This training has helped me understand the cycle of violence and why there is revenge killing in my community. In this training we came to know that revenge killing happens in our community because of lack of response from leaders to mediate conflicts in the early stage and render justice to the victim. We also learnt in this training that lack of respect to human rights is the cause of violence. And I can affirm that in our community human rights are not respected. As leaders, we are going to embark on awareness on promoting human rights.”

In Central Equatoria State, WPDI ran the training workshop on peacebuilding and conflict resolution to cattle camp leaders in Terekeka County from 16th to 20th August. A total of 60 community leaders (56 males and 4 females) benefited from the workshop. The participants included cattle camp chiefs, women, youth and government officials. 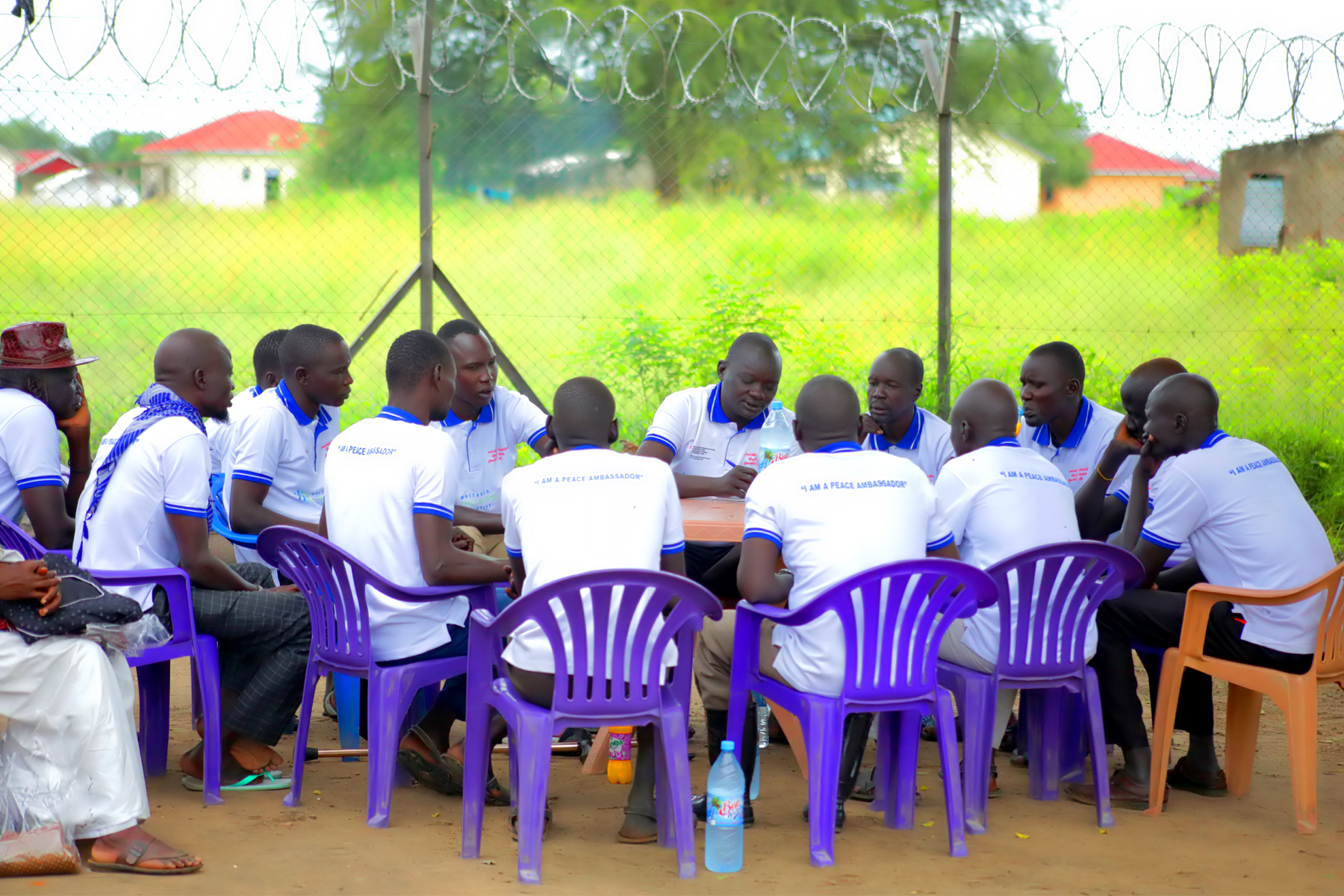 The workshop was officially opened by the county commissioner of Terekeka County, James Lino Malou, who was highly appreciative of WPDI’s work in the county to bring the cattle camp chiefs together for the crucial peacebuilding and conflict resolution training and providing a platform for dialogue. “Whitaker Peace & Development Initiative has come at the right time when the chiefs are desperately seeking peace and knowledge to better serve the communities. This training workshop will help the chiefs and the community leaders to mediate conflicts and train other people within their communities to promote reconciliation and community cohesion.” The Honorable commissioner pledged to work together with WPDI to promote peacebuilding activities in the county.

The five-day training program drew 20 participants in Ibba County and 21 in Maridi County. Altogether, a total of 41 Community Leaders from the two counties in the state were reached, 18 of them being female and 23 male. 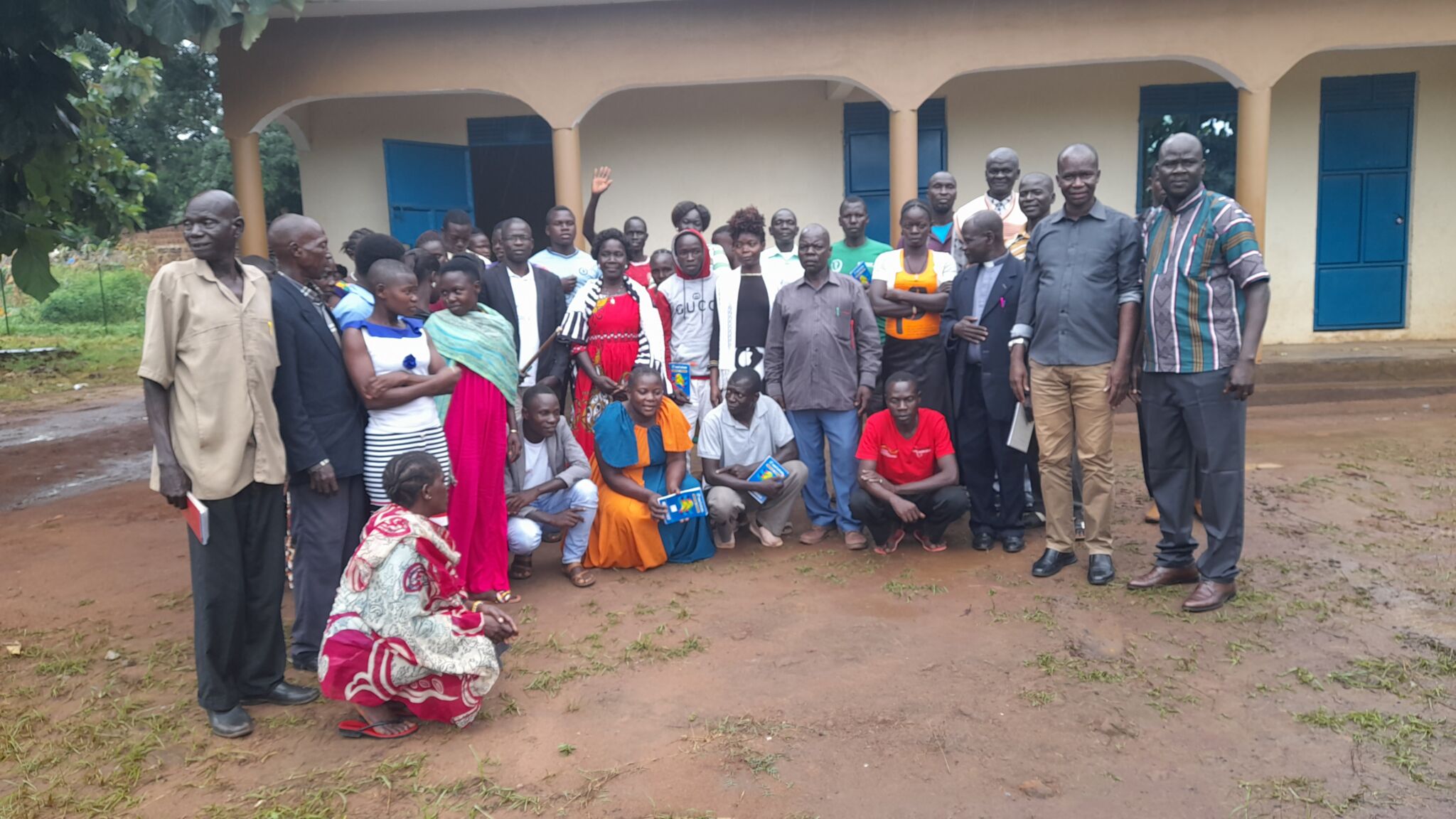 One participant, Mr. John Michael Usumo, Secretary of the Ibba Women’s Association, highlighted the positive effect the workshop will have on his local community: “I have really gained knowledge and skills on conflict resolution and peace-building and as a community leader, I am well equipped—thanks to WPDI for timely intervention. At this training, I have had the opportunity to share my personal experience with other colleagues’ community leaders and the challenges I faced in a bid to single-handedly address community conflicts in my area. Now that I have the necessary tools obtained through this training, I pledge my commitment to addressing community conflicts as they come in, and our communities will never be the same again. I will also share this knowledge with the many community leaders out there who did not have the opportunity to be part of this auspicious training.” 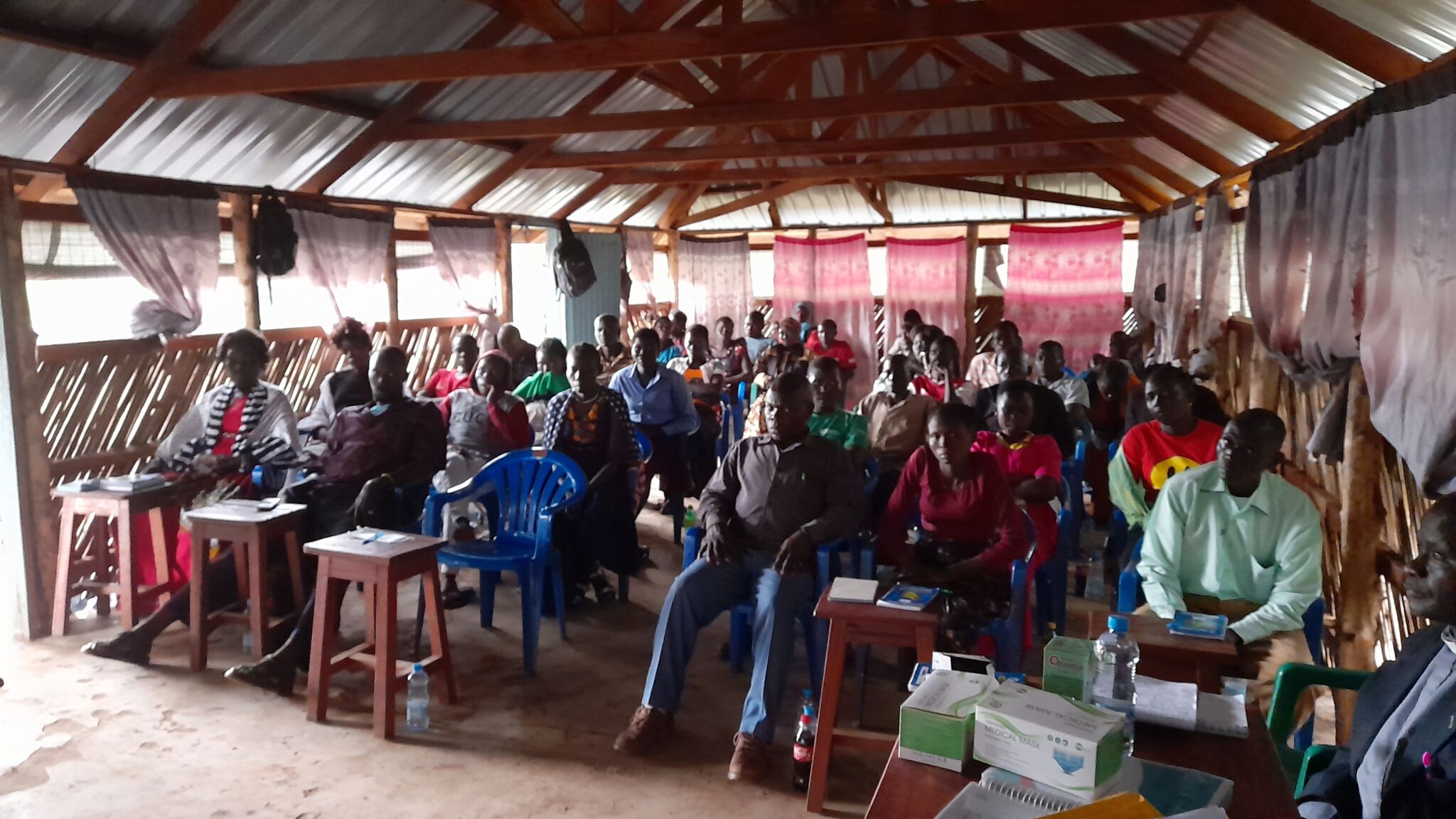 In voicing his willingness to pass on the knowledge he received from us, John expresses the deeper hopes that we have placed in this program. Indeed, such Community Leaders training sessions, coupled with other local initiatives with young people and women, allow us to foster gradual, lasting change at the grassroots in South Sudan, a country that has known conflict for so long that violence there is often considered to be a normal approach to addressing tensions and conflict. Shifting from such a mindset requires careful and patient work that can succeed only if peacebuilding interventions are in tune with local contexts, hence the key role played by our Youth Peacemakers. Their knowledge of local languages and cultures, combined with the in–depth training they received from us, are invaluable assets to promote new attitudes and values among their fellow citizens, contributing to pave the way for a more peaceful future for their communities and their country.