August 29, 2022 – The Karamoja Sub-Region in Uganda has for decades been host to armed conflict and endemic violence in the context of Africa’s wider pastoral wars, intercommunal conflict aimed at controlling pasture, cattle and thus the food supply. Karamoja is home to the Karimojong – a population fractured by protracted inter-clan conflicts focused on access to these vital resources. The region has, however, enjoyed relative if fragile peace since the region’s disarmament 10 years ago.

By mid-2019, however, the Karamojong in the north started raiding each other’s land, even while, in the south, conflict had returned in 2021 with mass cattle raids, theft, loss of property and killings. These events have also been affecting the neighboring districts of Katakwi, Kapelibiong, Agago, Kween and Kitgum, sparking widespread hatred among these neighboring communities, degrading the situation across the region. 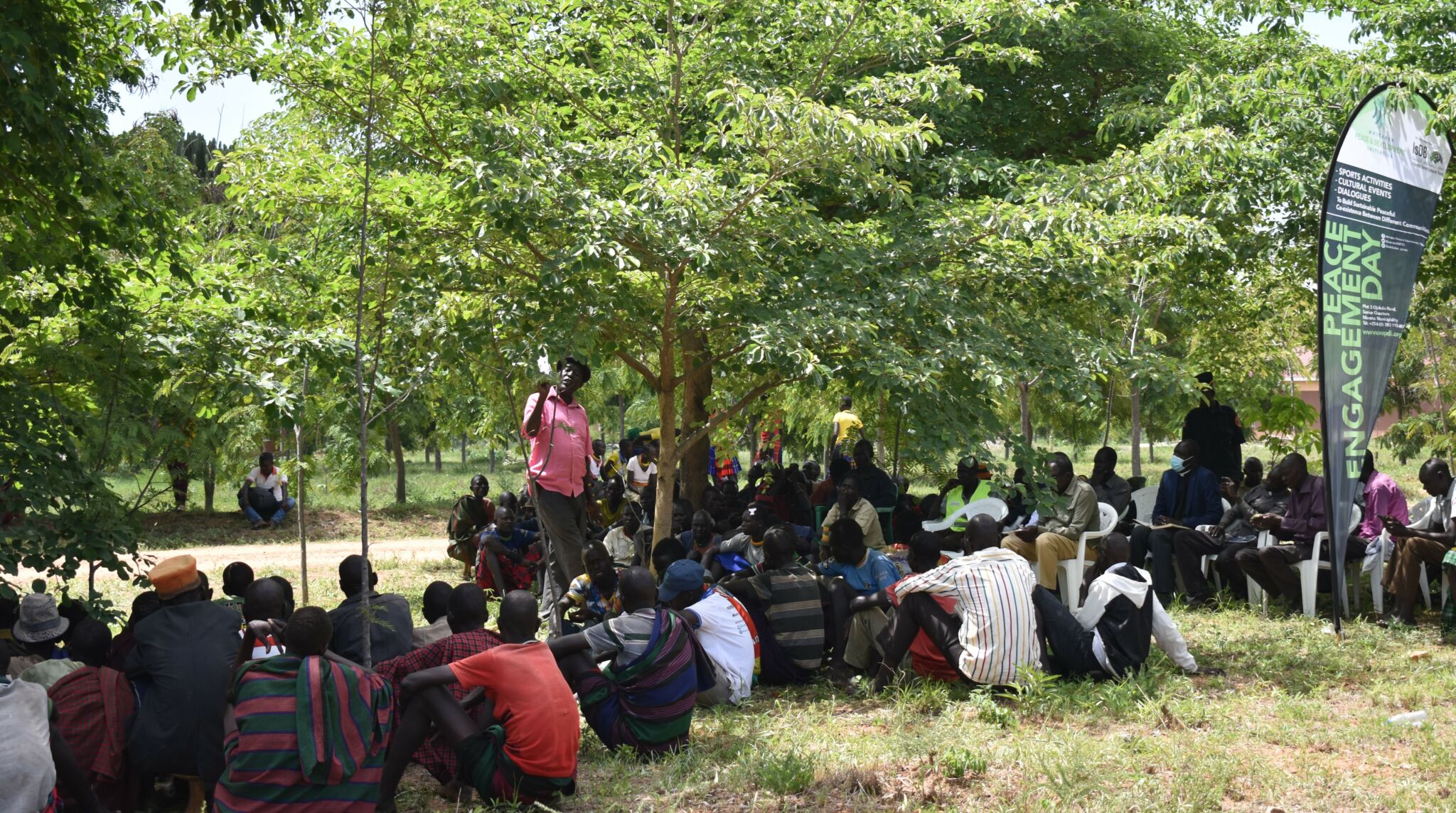 It is in this context that community leaders contacted WPDI and requested us to help them address the worsening situation in the region and help to find a solution acceptable to the various communities. WPDI thus organized a series of community dialogues, which focused on the rampant raids, loss of life and property, and the general disarmament process.

Two intercommunity dialogues were held, that focused on resolving the conflicts in the districts of Moroto, Napak, Nabilatuk, Kaabong and Karamoja as a whole. One meeting was held in Lotome sub county, Napak District. Targeting the communities of Napak (Lotome), Nabilatuk (Lorengedwat) and Moroto (Loputuk). A second meeting between the leaders of Amudat and Nabilatuk was held at Nabilatuk Town council. The dialogue was targeting all the leaders of the two districts.

The different parties were brought to agree on a series of resolutions and action points aimed at mitigating and eventually resolving the conflicts in view of reinforcing regional security and the protection of livestock. Community elders were encouraged to talk to youth in order to push them to engage in peacebuilding activities in their various districts.

Participants were vocally appreciative of WPDI’s efforts at promoting peace in the region. “The insecurity in Karamoja is alarming lately. There are a lot of killings, loss of property. However, with today’s deliberations and agreed action points in the dialogue meeting from the three communities present, am hopeful peace will prevail among the three communities of Loputuk, Lotome and Lorengedwat. Thank you Whitaker Peace Development Initiative for supporting the peace process today and the entire region of Karamoja,” said Ilukol James, Community Development Officer, Lotome sub county Napak district.

Providing endogenous platforms for open, honest dialogue is a key part of WPDI’s peacebuilding strategy in regions badly affected by violent conflict. Without dialogue, these violent situations can often get out of hand and expand into much larger conflicts, putting the livelihoods of thousands of people at risk. In the context of Karamoja, we are aware that many obstacles remain on the road to peace, but we are also hopeful for the future as a major step was taken by succeeding to bring all parties to dialogue directly among each other.