A Better Future for Every Child

A Blog Post by Forest Whitaker on World Children’s Day 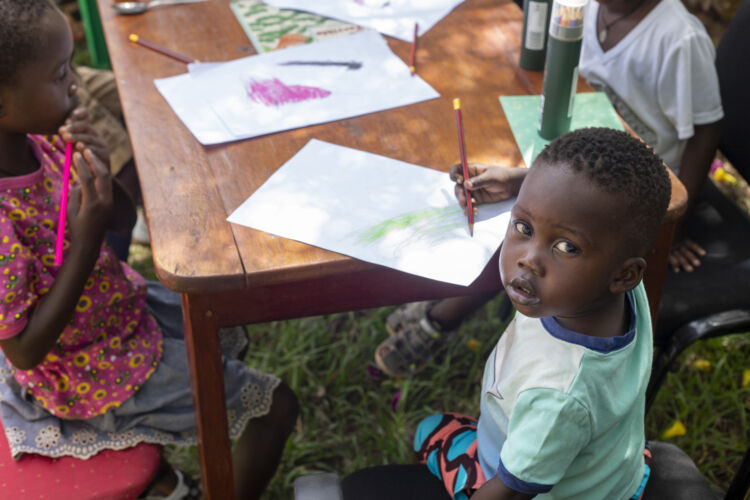 Two weeks ago, I was in Paris to address the General Conference of UNESCO, in honor of its 75thanniversary. This was a very important – and even emotional – moment for me, as I’ve been the UNESCO Special Envoy for Peace and Reconciliation for the past ten years. The ceremony moved me because of what UNESCO stands for — its mission is to ensure that the defenses of peace must be constructed in the minds of people – and in turn, education is among the most important assets we, as individuals, as countries, and as one humanity, have to ensure that the future is better than the present for every child of the world. As I share this, it strikes me that this notion that all children are entitled to an education feels self-evident – but throughout the world, it’s actually not. For most of history, education was reserved for a handful of mostly privileged children, chiefly males. Sending children to school was not a priority for everyone. UNESCO was created to reverse this issue and promote the revolutionary idea that every child has the right to education without distinction of any kind, such as race, color, sex, language, religion, political or other opinion, national or social origin, property, birth, or other status. This is quite a long list, but it spells out the many ways in which societies have historically excluded whole segments of their populations. UNESCO put education on the global agenda, helping to strengthen a new awareness of the need to educate children throughout the world. It reached poor countries, which motivated themselves to educate vast swaths of their populations. It also reached industrialized countries, like the United States, where the Civil Rights Movement meant the racial laws that created education discrimination against black children became perceived as a widespread public disgrace, which needed to change.

There was progress because there was political momentum – a momentum that UNESCO led for the past seventy-five years in all areas of education. Numbers speak for themselves. Seventy-five years ago, under a third of the world’s youth population attended primary school. Today, 90 percent of the world’s school-age children are enrolled in school. This is extraordinary progress, but it’s progress that remains unfinished. Millions of children in developing countries don’t have consistent access to an education. Millions of poor children in industrialized countries continue to face challenges – like those we see in the United States, where children from minority populations don’t have access to the nation’s best educational offerings. Girls also continue to enjoy fewer opportunities than boys throughout the world. In most places, minority groups are still at a disadvantage because of their race, gender, or disability status. And, as we all know, these inequalities have been exacerbated by COVID-19. While the pandemic has most immediately impacted the morality of elderly and high-risk populations, we must also focus on the inequalities our global youths are facing — as they’ve been confronted by very real challenges to their ability to receive a consistent and quality education. We must shine a spotlight on these children and youths.

This imperative is well captured in the message that the United Nations adopted to observe World Children’s Day 2021: “A Better Future for Every Child.” In other words, we need a new momentum behind the rights of children — a momentum with the same kind of energy that was demonstrated 75 years ago when our ancestors collectively decided that all children had the right to go to school. Only this time, we must redouble our efforts to place a real emphasis on “every,” truly ensuring that no child is left behind.