EXPLAINING THE CONTEXT IN THE KARAMOJA SUB-REGION, UGANDA

October 26, 2022 – Since 2020, WPDI has been running programs for peacebuilding and sustainable development in the Karamoja sub-region of North Eastern Uganda, providing children, youths and women of the region with skills, resources and opportunities they can use to drive positive social and economic transformation in their communities. 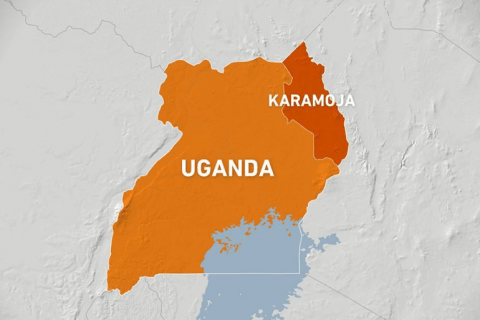 Karamoja has been affected by decades of conflict in the recent past, leaving behind a footprint that the current generation is still grappling with. A chief concern is that these post-conflict challenges come in combination with other difficulties: Karamoja is the poorest sub-region of Uganda, a country where 70% of the youth population lives on less than $2 per day and where 30% of all youth (37% of young women and 21% of young men) are neither in employment, education or training (UN Women 2021). Karamoja consists of nine districts (Kaabong, Karenga, Kotido, Abim, Moroto, Napak, Amudat, Nabilatuk and Nakapiripirit). In Uganda’s development history, Karamoja region remains the least socially and economically developed, with 61 percent of the total population of 1.2 million living in poverty (UNHS, 2016/17). Many challenges exist also in terms of access to quality education, infrastructure, and other crucial necessities. Additionally, Karamoja is a region where inter-ethnic conflict has historically generated insecurity, instability, and fragility.

To ensure that no one is left behind, the Government of Uganda has invested resources in building schools to close the education gap in Karamoja and this range from community schools, Primary Schools, Secondary Schools and Seed Secondary Schools. Infact, every district in Karamoja has at least two (2) Secondary and Seed Secondary Schools and more than 10 primary schools including community schools. Additionally, the Government of Uganda has free Universal Primary Education (UPE) and Universal Secondary Education (USE) geared towards increasing access to primary and secondary education in the region. Importantly, there has been support from Bilateral Agencies and International Non-Governmental Organizations through scholarships to needy and vulnerable Karamojong children to complete secondary and university education, vocational skills education while some other Development Partners do renovation of school structures both primary, secondary and tertiary institutions. With all these concerted efforts, Karamoja’s enrolment and literacy rates will increase though with challenges in retention and completion. Despite some of the significant structural achievements registered, there is still a need to focus on investments in health, education, economic opportunity and governance. Success is time-sensitive and requires vision, good leadership and harmonized actions of government, development partners, beneficiary communities and the private sector. As we appreciate the equity gaps in the Karamoja region, there is a need to consistently and collaboratively explore the policy priorities to achieve equity. Leaders need to make the hard choices to meet the varying and unique levels of need and ensure pulls to the pace of human development as the rest of the country. 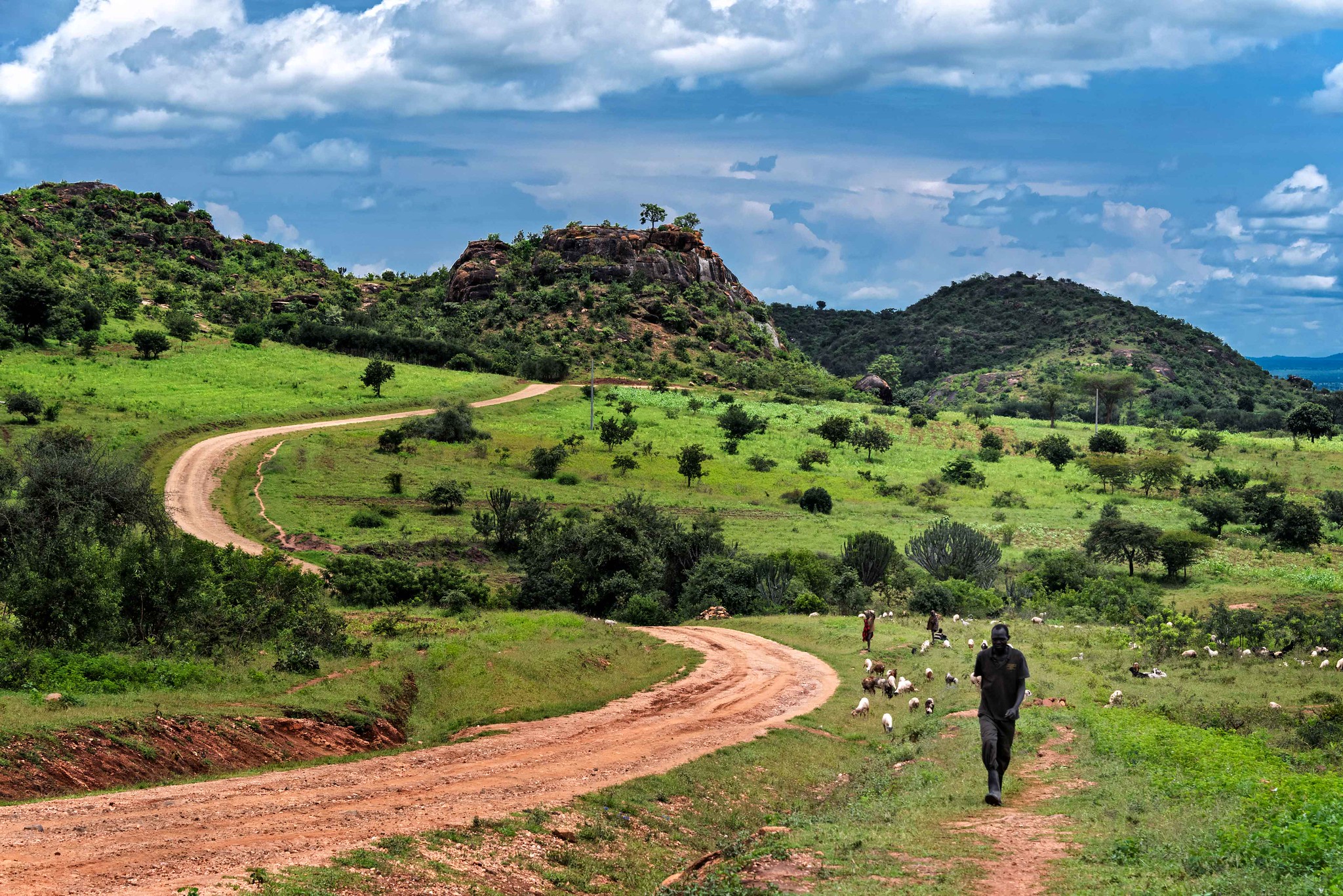 A particular concern is that the sub-region has for a long time been riddled by insecurity, a problem resulting from the persistence of traditional forms of violence fueled by traffics in firearms and manifested in cycles of raids and counter raids by warring clans and tribes, road ambushes and extrajudicial killings of civilians amongst others. The presence of small and light weapons among the Karimojong has been stressed as a significant vector of conflict and insecurity in the region and beyond. While Karamoja comprises the districts of Kaabong, Karenga, Kotido, Abim, Moroto, Napak, Amudat, Nabilatuk and Nakapiripirit, raiding has affected districts neighboring Karamoja within Uganda as well as outside with incidents reported to happen across the borders to Kenya and South Sudan. Some of the districts that have suffered attacks from raiders include Kapelibyong, Agago, and Kween in Uganda. Successive governments have tried to address this problem through several approaches, all aimed at removing illicit arms from the hands of the Karimojong and to create an avenue where peace and development can prevail. Despite these efforts and the measure of peace enjoyed after the relative success of a disarmament campaign in 2008, cattle rustling has flared back in 2019. Some of the root causes cited by various sources include: hunger, unemployment among illiterate youth, greed for livestock, the commercialization of raids and alliances formed among different ethnic groups among others. 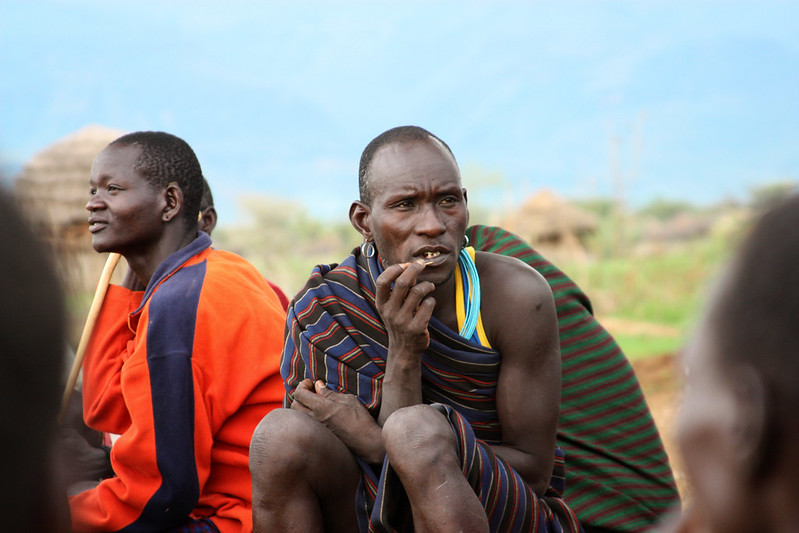 Notable to mention is that since 2019 it is estimated that more than 3,000 people have lost their lives and billions worth of livestock, a key dimension of the economy, were lost. It has also been reported that peace committee members were targeted and killed, rural schools have been closed, road ambushes have increased, majorly in North Karamoja districts, and the hunger situation has worsened with a majority of children and elderly, who are in dire need of food assistance.

The underlying factors fueling the conflict include: lack of immediate conflict mitigation platforms, widespread alcohol consumption, shortcomings in the government peace strategy (where reliance on disarmament is not balanced with strong emphasis on peace processes), porous border with armed neighboring countries leading to the proliferation of firearms, limited capacity of the army to protect people and cattle, collapsed local resolutions & peace structures, gaps on cattle recovery process and release of criminals, complexities in the current trend of raids (mobile technology, businesses, involvement of leaders). Importantly, since 2021, the Uganda Peoples Defense Forces (UPDF) have intensified both the peaceful disarmament and forceful handover of guns. In the January-December 2021 period, 241 were reported to have been handed over, and many youths arrested, detained and convicted.

It is in response to this complex situation that WPDI launched the Youth Peacemaker Network in 2020, building a cohort of young leaders and establishing a Community Learning Center in Moroto. Everyday, the staff and volunteers of WPDI engage stakeholders and communities for peaceful co-existence through training and peace dialogues. A total of 294 sub-county Local Councilors (LCIIIs), District Councilors, Peace committees, GISOs (‘Gombolola’ (sub-county) Internal Security Officers), DISOs (District Internal Security Officers) among others were trained on conflict resolution to help them mediate over conflicts. Additionally, 32 community Peace Dialogues were conducted by WPDI’s Youth Peacemakers reaching 4,885 people and the scale of raids have drastically reduced in South Karamoja as reported by District leaders.

Notable is that leaders’ confidence and relationship has improved with meetings targeted for them to meet physically to dialogue constructively for peaceful co-existence among them and communities. Therefore, because of these activities, there has been joint recovery of raided cattle from leaders of different ethnic groups with transparency, something that has not been common. The importance of having local leaders involved that deeply by the project cannot be underestimated: WPDI aims for communities not just to become peaceful, but to become peaceful based on their own strengths. This cannot happen without a strong commitment from local leaders.

Learn more about our recent initiatives in the Karamoja Sub-Region:

Our initiatives in the Karamoja Sub-Region are supported by